Albert Camus wrote, "If there is a soul...It is created here, throughout a whole life. And living is nothing but that long and painful bringing forth." 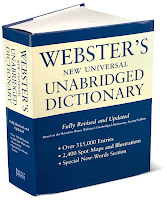 SOUL IS BEYOND DEFINITION

Soul-making cannot be defined. The Greek philosopher Heraclitus said, "You could not discover the limits of soul, even if you traveled by every path in order to do so; such is the depth of its meaning."

I have adopted the term from the English poet John Keats. Keats was dying of tuberculosis at the age of twenty five. He was a brilliant writer who knew that he would not live long enough to complete the body of poetic work he longed to create. Extremely ill, financially broke and recently abandoned by his fiance, he struggled to make sense of this thing called life. In a letter written to his brother in February of 1819 Keats was seeking to make sense of a world that seemed so cruel and unfair. He couldn't accept the usual Christian view when he wrote: 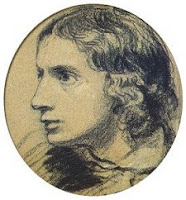 arbitrary interposition of God and taken to Heaven…"

"Call the world if you please, "The vale of Soul-making", then you will find out the use of the world.

He went on to explain soul-making as a process where the basic seed of divine intelligence in all humans goes through necessary experiences, especially suffering, that transform the intelligence into a unique Soul:

"I say "Soul making'', Soul as distinguished from an Intelligence - There may be intelligences or sparks of the divinity in millions--but they are not Souls till they acquire identities, till each one is personally itself. Do you not see how necessary a World of Pains and troubles is to school an Intelligence and make it a soul! A Place where the heart must feel and suffer in a thousand diverse ways! - As various as the Lives of Men are--so various become their souls, and thus does God make individual beings, Souls…"

SOUL-MAKING IS A METAPHOR

The term soul-making is a metaphor. The word 'metaphor' is comprised of two Greek words - Meta - above and Phero - to carry. So a metaphor is an image or phrase that carries the reader above the literal sensory realm into the realm of invisible imagination. 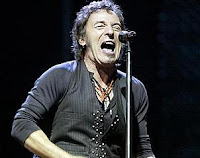 Like myth, metaphor enlists the truth of imagination over the truth of literalism. When Bruce Springsteen sings, "Ohhh, ohhh, ohh, I'm on fire", he is in the realm of metaphor, as opposed to Michael Jackson's Pepsi commercial when he spoke literally, "Ahh 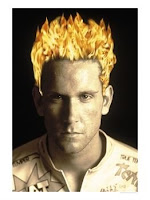 Soul-making is a metaphorical term. Therefore, the term will never be adequate for those logical positivists or rationalistic materialists, like Richard Dawkins of The God Delusion, who exclude all non-material or 'non-sensical' words. One has to wonder what they write in their Valentines Day cards; perhaps, "Dear Valentine. I am experiencing unusual levels of oxytocin and seratonin in my neuro-chemical synaptic connections when I'm around you."
SOUL MAKING IS POETRY MAKING
The word 'making' in 'soul-making' comes out of the Greek word poieo which means 'to be the author or maker of something'. Our English words poet, poem and poetry come from this word. The reason for that term, for example rather than soul-builder or soul-grower, is that the emphasis is on creative, intelligent authorship. The making is not done by impersonal processes, but by Intelligent Forces. So then, soul-making is really psycho-poeisis or soul poetry.
The poetic aspect is critical to understanding soul-making. The Universe is not a lifeless debris field resulting from the Big Bang, but a living organism. To our Hubble telescope and rocket propelled space surveyors, the Cosmos may appear to be a stark and barren graveyard; but so do blood cells and brain neurons when isolated under a microscope. Unless we knew that the flowing lava-like stream of oddly shaped blood cells and the electro-chemically firing brain synapses were tiny elements of a larger living organism, they wouldn't appear to be alive. The Universe contains Intelligences beyond our current scopes and research methods. Some Quantum physicists are hypothesizing in that direction, but we have yet to 'prove' it with instruments.
The Universe is animated, or a Living Soul (Psyche). Humans exist in this Psyche. Human beings don't contain souls anymore than a fish contains sea water. Like fish in the sea, we swim in the Sea of Psyche. Psyche is comprised of many brilliant aspects - ranging from numbers and geometric shapes, to qualities like Life and Death, Chaos and Order. We don't question that numbers were here before we arrived; why would it be so shocking to discover that Qualities were here as well. These are archetypes or the original qualities which are universally recognized by all human beings.
THE POETRY OF PSYCHE
One way to understand this is to imagine the Universe as an immense dictionary filled with an infinite number of Living Words (archetypes). Your individual life is like a page upon which the Universe composes a poem. Your soul is a poem in the process of being composed or authored. These Universal Words are Intelligent Energies. More and more physicists are acknowledging the lost realm of metaphysics as they study atoms and come up with mythical names like quarks, neutrinos, muons and what are called exotic particles.
These Universal Words or archetypal energies are Creators, sort of like radio signals entering our minds via the reciever we call a brain. As they are experienced, we turn them into spoken sounds and written words. Nouns and verbs do not come into existence by our speaking or writing them. We speak them and write them because they have always existed. Christianity got it right when it said, "The Word became flesh..."
This is what John Keats was talking about when he called this world a school for soul-making, or psycho-poetic composing. All emotions, human institutions, feelings, ideas, pains and pleasures are the writing instruments that compose our souls. However, it is more than just being done to us.
CO-CREATING: YOU ARE THE POET AND THE POEM
We are co-creators in the soul-making process. We choose the words and the Words choose us. If you have seen 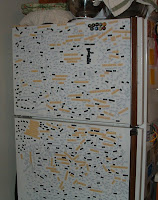 magnetic poetry on refrigerator doors, you have a good illustration of soul-making. The refrigerator is like the Universe, the magnetic Words are the archetypal or original energies. When you make a refrigerator poem, certain words jump out, form phrases and then you make a poem. It may be silly or sublime, but it is an interaction between you and the words. If you are observant, you will see that the Words chose you. Our human desire for poetry comes from the Higher Realms, not vice versa; we write and read poetry because we are poetry.
The eternal Words are infinite, interactive symbiotic energies. Our human word and artistic symbols carry them from the heavenly realms into the arena of soul-making. Anyone who has done any kind of art knows the fascinating interaction that goes on as you dance with your creative medium, whether it be clay, paints, ink, paper, musical notes, cloth, wood or drafting tools. The Greeks called the mysterious process of inspiration (in-spiriting) the work of Muses. Have you ever wondered why the final product took the form it did? There were Forces choosing you as you chose Them.
THE ANALOGY OF WORD PARTICLES
I theorize that the mind and symbols with which the artist works emit something like particular energy that unites with his or her soul process. Perhaps one day we will invent a scope that detects the soul/mental emissions that come from each of us, attracting and connecting to the archetypal forces around us as our soul poem is being made. These emissions are determined by the stage and cycles of our own unique soul process. Each soul formation is as unique as a snowflake or fingerprint. These universal patterns of uniqueness are being explored in the natural world in the relatively new field of fractal geometry.
Perhaps these mental emissions project toward and attract the necessary objects, persons, parents, education and experiences to complete our unique soul-poems. Like tiny magnetic fields, soul draws or repels according to our needs and necessities. Our partners, education, jobs, abuses, failures and a whole host of 'circumstantial' coincidences are part of the Poem. Philosophers and holy teachers have named this process variously, referring to the Fates, Destiny, Providence, Daimons, Guardian Angels, The Stars and a host of other terms referring to a life guided by more than random chance. What these various terms have in common, and remember that these notions are found in every culture, is the making of a poetic composition from the nouns and verbs of opposites - Life and Death, Disease and Health, Poverty and Prosperity, Love and Hate - an infinite realm of opposites.
NIGHT POEMS: SOUL-MAKING IN OUR DREAMS

These archetypal nouns and verbs come to us most easily and creatively in our dreams, when our conscious guards are down. It is in the night, while we sleep, that the Poem is most easily written. Contrary to much current teaching on dream theory, we don't need to know anything about these dreams. Most of them go undetected while we are in deep sleep. Perhaps this is why many writers and artists find themselves blocked and 'dry' when they are in peaceful times, sleeping deeply, dreaming silently and making soul with minimal effort.

The Universe is an ocean of Living Intelligences, archetypal nouns and verbs like Life and Death, Good and Evil, Beauty and Ungliness, War and Peace, Love and Hate, Masculine and Feminine. These are just a few of the words on the door of the cosmic refrigerator door. It seems that soul is made most substantially when we stop trying to reconcile these opposites, and experience their union.
CONCLUSION
Soul-making is not an empirical science; interestingly, many scientists working at the level of quantum reality are wondering whether there is such a thing as empirical, objective science. I don't know enough about what they are calling the 'uncertainty Principle', except to repeat what I have read - that at the subatomic levels, the elements seem to be influenced by the observer.
Soul-making is beyond definition. I repeat what the Greek philosopher Heraclitus said, "You could not discover the limits of soul, even if you traveled by every path in order to do so; such is the depth of its meaning."
We live in an Intelligent Universe - some form of mysterious intellignence encompasses the seemingly random chaos and resultant order, an order that is beyond our assumed understanding of 'order'. This Universe is suffused with Poetic Words or Living Energies that are part of the soul-making process. Each of us is a unique poem, gradually being weaved together into a larger poetic whole/soul. Every incident and event is part of that epic poem. While there may be tragedies and betrayals, troubles and failures, successes and victories - there are no useless words in your poem; and most of it goes on at levels we cannot see or understand. In that sense, we must trust the Author(s).
In Philip Pullman's, The Golden Compass, The Master says to Lyra, "The powers of this world are very strong. Men and women are moved by tides much fiercer than you can imagine, and they sweep us all up into the current. Go well, Lyra; bless you child, bless you. Keep your own counsel."
visit www.michaelbogar.com
write Michael at InRequiemVita@aol.com