ADDICTION IS NOT A 'DISORDER'

WHAT IS YOUR DISORDER?

One of the outcomes of Original Sin is that Western consciousness is obsessed with disease, dysfunction and disorders. The Diagnostic and Statistical Manual of Mental Disorders, published by the American Psychiatric Association, lists all of the known 'disorders' in America. The first edition was published in 1952 and contained 106 mental disorders, the fourth edition was released in 1994, listing 297 disorders. We have an ever-expanding list of addictions. One can now be addicted to worry and walking your dog. We have Attention Deficit Disorders, Anxiety Disorders, Panic Disorders, Sleep Disorders and Eating Disorders.

I propose that we rethink Original Sin and consider that we may live on a planet with a potential purpose for all things, even the so-called 'diseases' and 'disorders'. What if they are necessary and normal? Perhaps the disorders are actually very functional and essential to the larger picture of existence.

After the end of WWI, Doctor Alexander Fleming worked on a cure for bacterial infections. Fleming had seen thousands of young men die from small wounds which became infected. In 1928 he was cleaning some Petri dishes which had been stacked in a sink and discovered that there was mold growing in one; the mold, which was related to the penicillin family, had killed the infectious and potentially lethal bacteria in the dish. In 1935, Ernst Chain became quite enthusiastic about the search for antibacterial chemicals. He led a group to do further experiments with Fleming's penicillin. Live mice were injected with the penicillin 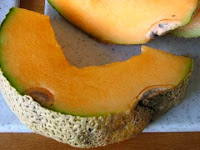 mold and it cured the mice that had bacterial infections. They went on to try it on a few human subjects and saw amazing results. By now it was 1941, and England was at war. There would be a need for large quantities of the new antibacterial substance called penicillin. Eventually it was found that common corn (maize) when rotting and fermenting produced large amounts of penicillin quickly and inexpensively. More vigorous and productive strains of the mold were sought and one of the best came from a rotting cantaloupes!

What had once been considered useless waste was now saving the lives of literally thousands of young men at war and eventually countless millions around the world from bacterial infections of all kinds.

We could multiply the examples of this sort of thing. The smelly and unsightly substance which came to be known as petroleum was once considered a nuisance when found above ground. Millions of dollars worth of petroleum were burned before it was discovered that it was liquid gold. Besides the obvious use as gasoline, the once despised substance produces plastic, paraffin wax, fertilizer, pesticides, herbicides, detergents, phonograph records, photographic film, furniture, packaging materials, surfboards, paints, and artificial fibers used in clothing, upholstery, and carpet backing.

I read recently of some brilliant botanist who finally developed a hybrid rose without the prickly thorns we all find annoying. There was only one problem, the rose vine was unable to climb into the light without the little spikes.
What if everything is a necessary part of the Cosmos? What if there is a spiritual or psychic ecosystem? What if Original Sin is just wrong? What if every 'disease' and 'disorder' named by well meaning but ignorant human beings are really beneficial molds or thorns?

THE GIFT OF ALCOHOLISM 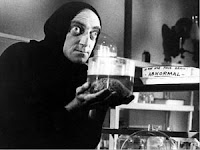 bad and 'out of order'. Let's take alcoholism as an instance. Alcoholism is now understood as a physical allergy to the chemicals in alcohol. Approximately 10% of the population processes alcohol in the body differently than the other 90%. When the alcoholic ingests alcohol, a chemical reaction takes place in his blood and brain that creates a physiological craving for more of the substance.
The problem has been broadly chronicled by the media. From Skid Row to Hollywood, from Harlem to the White House, we have seen those poor unfortunates who need treatment and help. The success of Alcoholics Anonymous is no longer a secret. However, our disorder obsessed culture continues to feel sorry for the poor sick, abnormal addict. He or she is often pitied, and many addicts, no matter how high they hold their heads, feel an innate sense of shame for being 'diseased'.

DISORDERS ARE A TITHE FROM THE COSMOS

What if alcoholism is the spiritual Penicillin of Western culture? Is it possible that these people have been 'chosen' to bring healing to thousands by this so-called malady? Is the addict the healing mold? M. Scott Peck thinks so. In his book Further Along The Road Less Traveled, Peck writes, "God deliberately created the disorder of alcoholism in order to create alcoholics, in order that alcoholics might create AA, and thereby spearhead the community movement which is going to be the salvation of not only alcoholics but of us all (page 150)." Perhaps 10% of the population carries the genius of the next order in their 'disease.' This may be confirmed by the fact 10% is the same number of homosexuals in each culture. Maybe these supposed human 'oddities' are tithes or gifts from the Cosmos to invest in the future expansion of human kind. Perhaps the cosmos is structured to gift 10% of the population with various 'disorders' which are the amazing seeds of new ideas and potential creative orders. 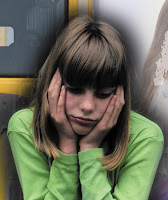 eco-system. Maybe Attention Deficit Disorder is the Universe yelling out, "Fix your educational system! These children are not flawed!" These children, especially young boys, are the little irritating thorns on the beautiful roses clawing their way toward the light of new educational paradigms and methods. Rather than sending these boys off for shameful experiences of psychological testing and labeling them as abnormal, let's listen to their prophetic actions and create places where they can move around and use their hands; where little girls can hone their talking skills rather than stifling them.

Perhaps Panic Disorder and Depression are normal, necessary responses to a culture obsessed with robotic work and consumerism. There is no need for Paxil or therapy, but rather a need to listen to the panic-stricken heart and depressed mind which are screaming out for a change! Suicide, increasing nationally, is a normal response of the soul that wants to escape; what the victims don't hear is that it is not the life that needs to die, but the way of life. But when you watch TV all day and are taught that it is normal to work and consume, it seems death is the only escape. Instead, we label people mentally ill when they panic or get depressed, medicate them, and send them back to soul-numbing jobs so they can buy more useless shit they don't want or need, to be sold at a Garage Sale next year, so they can make room to go buy more useless shit. Is it possible that the real disorders are in so-called 'normal' social order? It appears to me that the truly dysfunctional people are those who label others dysfunctional and decrease the range of normal, functional human behavior.

HOMOSEXUAL 'DISORDER' AND THE DIAGNOSTIC AND STATISTIC MANUAL

The earliest editions of the DSM considered homosexuality a mental disorder. During the American Psychological Association (APA) annual conferences from 1970 to 1973, Gay activists raised hell over this label. As a result, the seventh printing of the DSM-II, in 1974, no longer listed homosexuality as a category of disorder. After talks led by the psychiatrist Robert Spitzer, a vote by the APA trustees in 1973 replaced the diagnosis with a milder category of "sexual orientation disturbance". This was later replaced with the diagnosis of ego-dystonic homosexuality in the DSM-III in 1980, but was subsequently removed in 1987 with the release of the DSM-III-R. A category of "sexual disorder not otherwise specified" continues in the DSM-IV, which may include "persistent and marked distress about one’s sexual orientation”.

Before you accept a negative label for you or anyone you know, consider that the Universe has created you and those you love to bring some special gift to the world. Remember, Thomas Edison and Albert Einstein were considered dysfunctional idiots. My closing prayer might be, “Lord, please make my child a dysfunctional idiot, and let me see the brilliance in his/her disorder.” Amen.

The ancient Chinese Tao Te Ching, written over 2,500 years ago, notes that every so called disorder is actually perfect and part of the Cosmic Order: